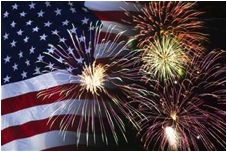 There will be Tri-Tip Sandwiches and hot dogs available for purchase!

All classes will be cancelled and Kids’ Club will be closed.

All Tennis Clinics on the 4th and 5th of July are cancelled.

If you don't have a partner, do not worry... we will match you up! Come play some fun tennis and get to know other members in the club.

Please RSVP by Sunday and let us know what dish you are bringing: appetizers, entree, salad, or dessert.

Email to RSVP is [email protected]. 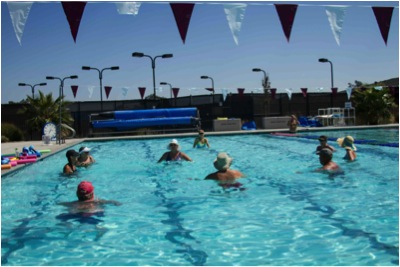 As summer is heating up, I thought I would highlight our awesome Aquafit class to all our members. Aquafit is extremely popular, and is a perfect way to get back into regular exercise. The classes are fun, non-impact, and can be modified for both the beginner and advanced exerciser. Come join this joyful group-fitness class that may actually change your life! Don't believe me? Read this inspiring story from Peggy...

“If you happen to be at Paso Robles Sports Club and walk past the pool between 10:30 and 11:00 you've probably have noticed the Aquafit class in full swing.

I'm part of Malinda's class and yes we really are having fun while she puts us through the drills. I'm sure that it looks like we are not doing much but to the beat of the music we are getting a full body work out that's harder than it looks.

It was difficult for me to put on a swimsuit and make a commitment to join Aquafit. For the last 15 years, I've led a pretty sedentary life. I walked, hiked, and kayaked, but nothing on a regular basis. My chiropractor said that if you did an activity for 21 days it becomes part of your life. I could do that! By day 8, I was wondering what the heck I was doing at the pool.....I was tired, my body ached, and I was ready to quit.” But that day Spencer, the swim team coach, wore a t-shirt that simply said "Just Show Up" and for whatever reason that phrase on that day was one of those ah-ha moments. I continued with that workout and yes, it became a big part of my life. I feel better. I started to notice small changes; my hip pain was no longer waking me up at night, my walks were easier, stairs not a problem. One day I realized I could do a full squat and get up. I haven't been able to that in years. A couple of weeks ago one of the weights rolled away from the edge of the pool and I pulled myself out of the pool to retrieve it. Wow! I didn't know that I was strong enough to do that. Malinda became a Personal Trainer so now I'm working out in the gym. This was a big step for me towards my goal to get back on to the Tennis Courts.

My story isn't a new one, but today I just wanted to put into words my experience at the Paso Robles Sports Club, thanks to Malinda for all her hard work, thanks to all the employees that greet me by name and say to all of you.... you have really made a difference in my life.” Peggy, member since July 26, 2013

So, whether you’re new to the club or want to try something to kick start your fitness, check out Malinda and Julia's Aquafit classes. And don't forget, we have fitness and sport classes for all ages and abilities. Grab an informational flyer as you enter the club, or call me anytime, with any questions you may have.

“The art is in where you start”. It’s important to remember the basics when it comes to stroke production. There are three components to consider when working on strokes: the grip, the swing, and the body.

For young kids starting out in the game, it is best to start with a two-handed backhand. The most important reason is strength. It’s much easier to control the racquet with two hands versus one. When working with a young beginner, it is difficult to determine if the child will one day stay with a two-handed backhand or go on to develop a one-handed backhand. For that reason, it is imperative they start with the correct grips. We label the grips according to the number system as the diagram illustrates.

The grip
You should have players start with their right hand on the right side of 1 and their left hand on the middle of L3 (3 for a lefty), which would be an eastern forehand grip. You find your grip using the heel pad and base knuckle as reference points and aligning them along the desired panel(s).

By using a backhand grip versus a continental grip, it not only makes it easier for the players to keep their arm relatively straight at contact, but it will make it an easier transition if the player decides to change to a one-handed backhand. In doing this, they will not have to learn a new grip nor will they have to adjust their wrist and learn a new wrist position. There is a direct relationship between power and the radius of the swing (distance from the body). Having the arm relatively straight at contact will result in a longer radius so that more power will be transferred into the shot.

You want the swing to resemble the shape of a Ferris wheel to generate topspin. This will also allow the longest possible hitting zone with the strings going out to your target. You also want the hand to start closer to your body and then be further away from your body at impact. If viewed from above and tracked, the hand would resemble a figure eight from the turn and then a larger bulge through contact.

It’s important to note that the two-handed backhand is essentially a left-handed forehand for a right-handed player, meaning that the non-dominant arm generates most of the power. Eventually players may evolve to a grip close to 2/continental with the right hand.

The body
You want a ground reaction force. The power starts from the ground and moves up, the body lifts at the hit transferring the energy into the shot and also generating more racquet head speed which translates into more spin. At the same time you want your head to stay down by focusing your eyes down at the point of contact until you complete the stroke.
The body and racquet should work together mirroring one another - when the racquet drops so does the body and then they lift upward together generating, end over end, downward rotation on the ball - topspin. 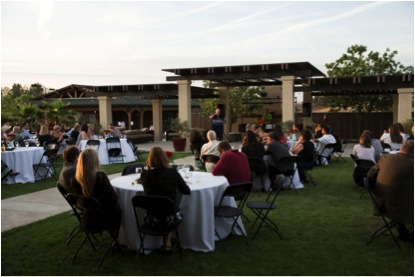 Now is the time to reserve the date for your holiday parties at the Club. Please contact Lisa Brownie at [email protected] 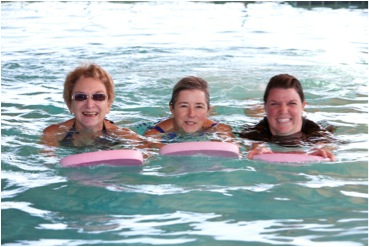 We are now offering an Adults-Only time in the Therapy Pool between 10:30 and 11:30am, July 1st through August 30th. The large pool is still available for our younger members during that time. Thank you for your understanding!

$2 Taco Tuesday is back! Beginning July 8th!
Hours from 4-7 pm. Join the festivities at the club, or take it to go!

"Over worked and underpaid!” 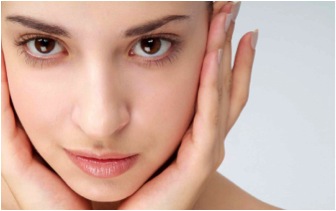 Our skin is the largest organ in our bodies; did you know that? Makes sense, right? So on top of taking on those extra rays from the sun and general air pollution, everything we ingest such as food, drink, cosmetics, etc. is eliminated and excreted through our skin. Ever notice a little breakout or dryness after an indulgent weekend? That is our skin reacting to what is going on in our other organs. Here are some tips to keep the skin working at its best and support this hard working organ!

If you have any questions, please feel free to ask me! Also, if you would like to schedule your appointment for a waxing service I'd be happy to get you in! Just give the club a call! 805-239-7397

Being a Tennis Tactician 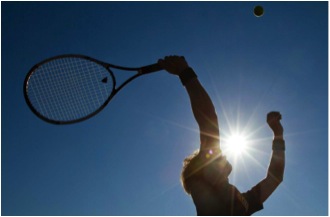 One great aspect of tennis is the way a player can beat a technically more proficient opponent by employing superior tactics. It is important for a player to learn every shot in the game, as these are the tools the player will need to compete, but better players also know it’s just as important how and when to use them.

The following steps illustrate a progression of groundstroke tactics. While this list is by no means complete, it covers initial stages of tactical learning. Understand them and you’ll be on your way to more victories!

A player must learn shot selection predicated on factors including court position (theirs and that of the opponent), personal strengths, playing style, as well as other factors. Having a general tactical foundation will give you the means to adjust during matches and develop tactical weapons needed to reach your full potential.

Have Fun and See Ya’ on the Courts, Tennis Pro Gary Amadio