Devin joined PRSC as the Director of Tennis in November of 2018. His experiences in tennis have lead him back to the North County in hopes of elevating tennis in the area he grew up. Devin graduated from Cal Poly SLO in 2015 with a degree in Sports Management. It was there where he also competed at the Division 1 level. While his playing career ended at Cal Poly, his coaching career was just starting. Upon graduating, Devin was fortunate enough to join the team of former world #1, gold medalist, and two time grand slam champion Victoria Azarenka. Working as a hitting partner and video analysis coordinator, he learned valuable insight from Azarenka and her team of the best in the world. Devin then moved on to continue developing his coaching by working at various top junior academies in the United States. Players that would go on to attend top college programs like Stanford, UCLA, Pepperdine, and Oklahoma. His next stop was back to the WTA Tour where he joined the coaching team of another former world #1, gold medalist, and 9 time grand slam champion Bethanie Mattek-Sands. Here, Devin benefited greatly from joining a team of already elite coaches to help further his knowledge of the game.

The culmination of Devin's experiences in tennis thus far have provided him with the passion of now doing what he loves most, in a community he cherishes.

Amy has been serving the Central Coast with her tennis expertise for over 30 years. With her certification as a USPTA Elite Tennis Professional, Amy has been certified at the highest level of coaching since 1988 and spent 22 years as a Teaching Professional at SLOCC. Amy combines her time teaching here at PRSC with being one of the Assistant Coaches for the Cal Poly Women's Tennis team. It was also at Cal Poly that Amy received All American honors, held a doubles ranking of #4 in the country, and was awarded the NCAA Sportsman of the Year. While Amy's tennis pedigree and accomplishments are top notch, she prioritizes coaching with humility and a passion for those who step on the court with her. Amy has been the centerpiece of creating a culture for tennis here at PRSC where competition is intense but friendships and fun are prioritized . If you haven't been out on court with Amy yet, we encourage you to take advantage of having her here at our club.

While sports have always been a part of Gary's life - high school achievements included being All County in football, CIF Central Coast state champion in two events in track and then continuing in both sports at San Francisco State University. After graduation from college, his sports career continued becoming a professional freestyle skier, which led to being in the ski industry for over 12 years. Gary really didn't discover tennis until he was almost 50. He became a USPTA professional in 2004, was promoted to Director of Junior Tennis at the Prescott Racquet Club. Gary oversaw instruction for over 150 students a week and coached an Arizona High school state champion. Gary also served for a number of years as the Northern Arizona Junior Tournament Director and Board Member of Arizona's USTA Officials Committee. Gary found enough tournament time as well to become ranked in his age divisions of Men's Doubles and Mixed Doubles in the USTA's Southwest Division from 2005 - 2010. Gary has assisted here at the Club since 2010 and received the USPTA's Elite Professional designation in 2012.

Leane is the newest member of our coaching staff and will be working with our "Youngest" Ballers for Free Clinics on Saturday mornings. Her primary focus will be working with kids who are beginners and introducing them to the wonderful world of tennis. From Leane; "I hope to expose them to my passion for the game and encourage them to find theirs, while creating a fun, positive environment for them on the court."
Leane's first tennis coach was an amazing one and set her on the tennis path at the age of 11. She played tennis through high school, continued playing two years at junior college and then played my junior year at Point Loma Nazarene University. When she returned back to her hometown of Visalia, CA after college, she worked at the local Racquet Club as a group tennis instructor for a period of time as well as instructing a few private lessons. Since then she has remained very active in tennis playing in several adult leagues in the Central Coast. 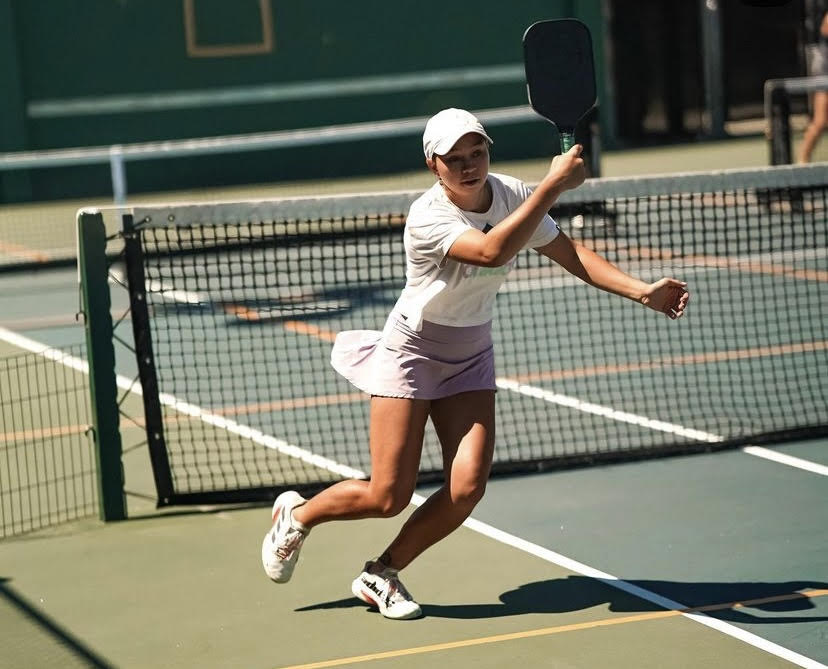 After graduating from Cal Poly in June of 2022 with a B.S. in Kinesiology, Emily joined our staff full-time as our Director of Pickleball and Tennis Professional. At Cal Poly, she played all four years on the Women’s Tennis Team. During her time at Cal Poly, she reached a national doubles ranking of #90, she received 3 Big West First-Team Doubles Honors, and 1 Big West Honorable Mention Singles Honor. On top of tennis, Emily has and continues to compete in many Professional Pickleball tournaments across the country and is one of the few active Pickleball Professionals here on the Central Coast. She is one of the top Women Pickleball Professionals in the West Region and has had wins against some of the top professionals in the game. At PRSC, you will find her helping with the growth of our PRSC Tennis Academy and the Pickleball Program. She offers tennis and pickleball private lessons, clinics, and more. For more information on cost or if you are interested in taking private lessons or attending a clinic in either tennis or pickleball, please contact Emily Ackerman at [email protected].

Seasonal/Part Time Pro
Hailey's track record as a player and as a coach are hard to top. Hailey played collegiate tennis at San Diego State, Arizona, and Point Loma. She is currently the volunteer assistant coach for the Cal Poly Women's Tennis Team and has been coaching tennis collegiately, privately, and across various notable tennis clubs throughout California. Hailey is assisting in the growth of the PRSC Tennis Academy, and private lessons.